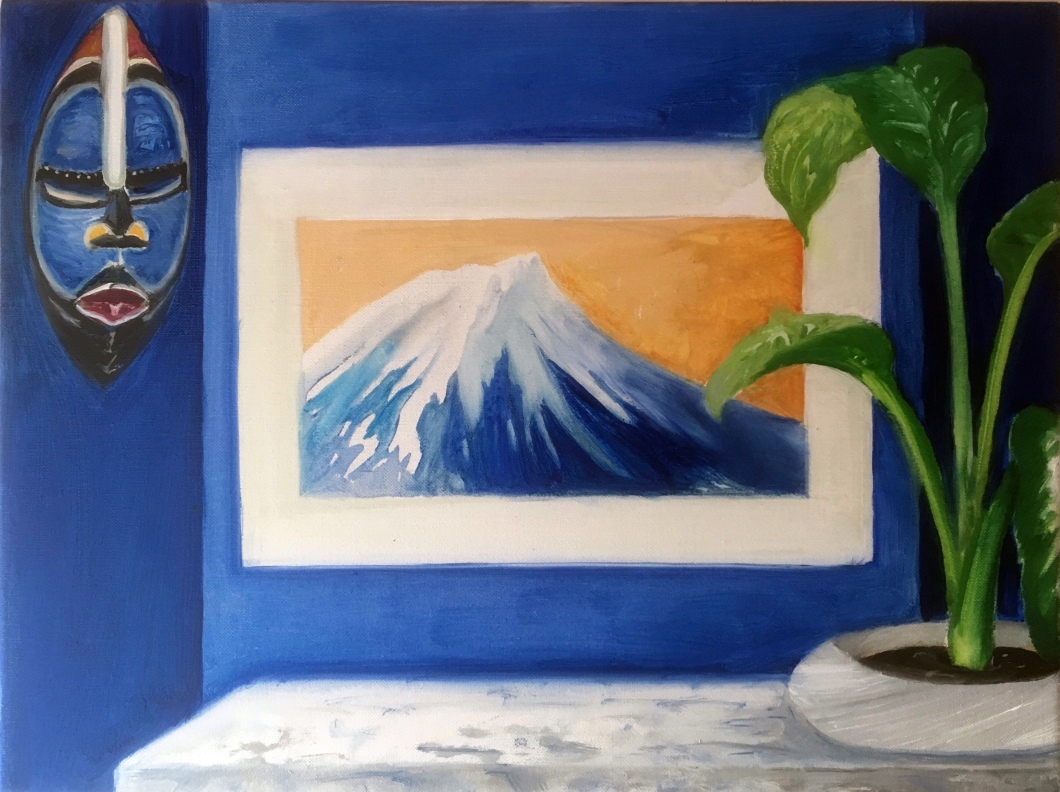 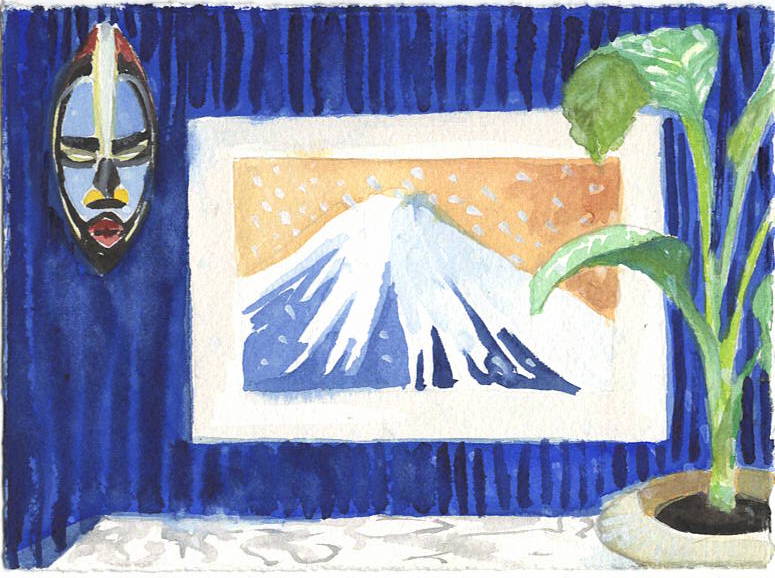 During my year spent in a very rural setting I revisited the genres of landscape and still life, in other words, the lowly origins of western painting. I came to realise that the place where I was became both a real and imaginary setting for paintings to be played out. I realised too that many of my paintings are scenes, drawing upon the natural world, photography, films, art history, contemporary culture and current affairs in order to make comment or sense of it. They are made from a spirit of adventure and discovery.

On my return to London I was engulfed again in the metropolis and the setting for my work dramatically changed. My creative space in London is more confined and culturally loaded. Other peoples’ interior spaces began to interest me; what they choose to live with and the ways in which they are displayed led me to ‘Genre Painting’.

Genre painting developed particularly in Holland in the seventeenth century.  Think Vermeer’s Milkmaid. The most typical subjects were scenes of peasant life or drinking in taverns, and tended to be small in scale.

Genre painting is a confusing term. Ever since it was first introduced critics and writers have had trouble defining it. 18th century French writer Claude-Henri Watelet, for example, defined “genre painter” in the Encyclopédie as an “artist for whom animals, fruits, flowers or landscapes constitute the subject of his painting” – in other words still life, animal paintings and landscapes were widely considered separate genres. The art establishment also assigned varying levels of importance to different genres, with history painting (the painting of scenes from history, the bible or literature) as the most important, and still life as the least important.

So, why is it called “genre painting”? Well, there doesn’t seem to be a clear reason, but the answer could lie in the very ambiguity of the term. Art historian Susan Siegfried, suggests that genre painting was an unstable category that didn’t fit in with any of the other genres, and so was simply relegated to the default category of “genre”. Tate.org defines genre painting simply as ‘paintings which depict scenes of everyday life’.  By the end of the 19th century, the sentimental scenes of the Victorian era were being replaced by bustling street scenes and glittering cafe interiors captured by Impressionist artists. Reflections on the downsides of urbanisation and doubts about religious beliefs also became subjects for artists.  It is this ambiguity and the every day concerns that make it so interesting to me now as a framework within which to express and explore contemporary living. 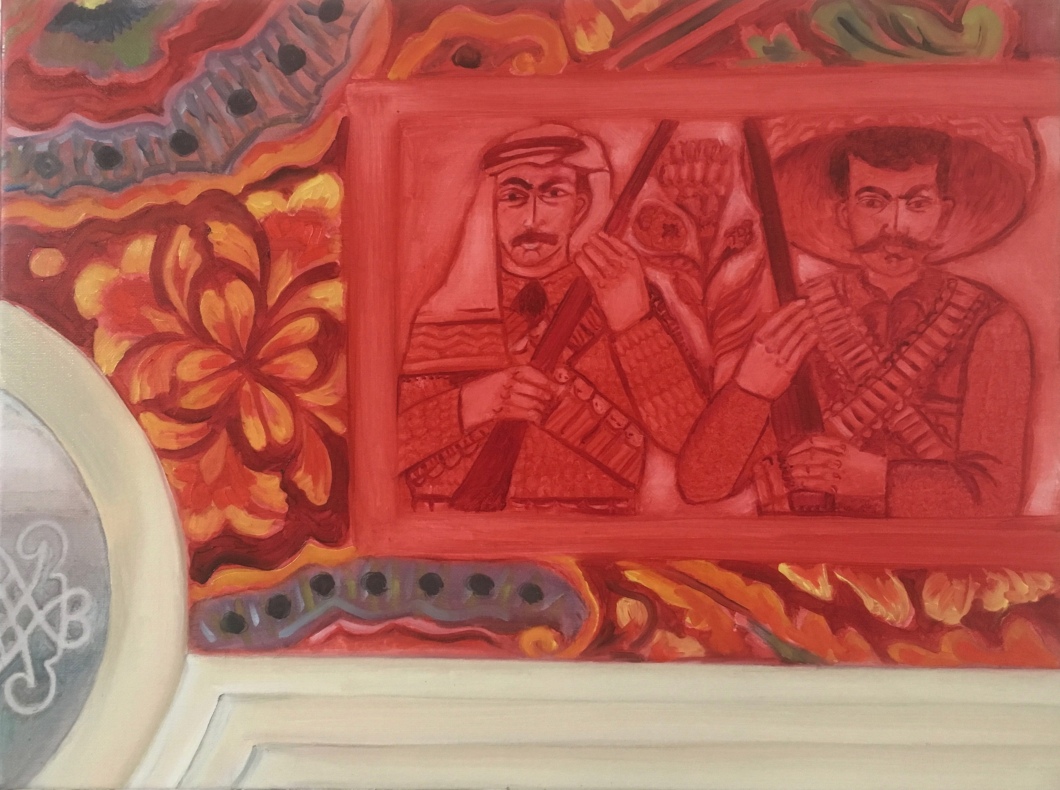 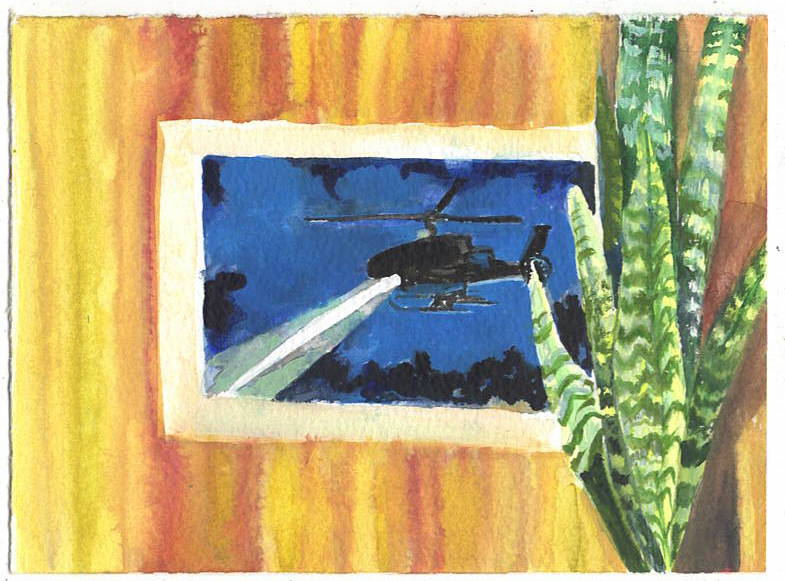 Side board. Watercolour on paper. 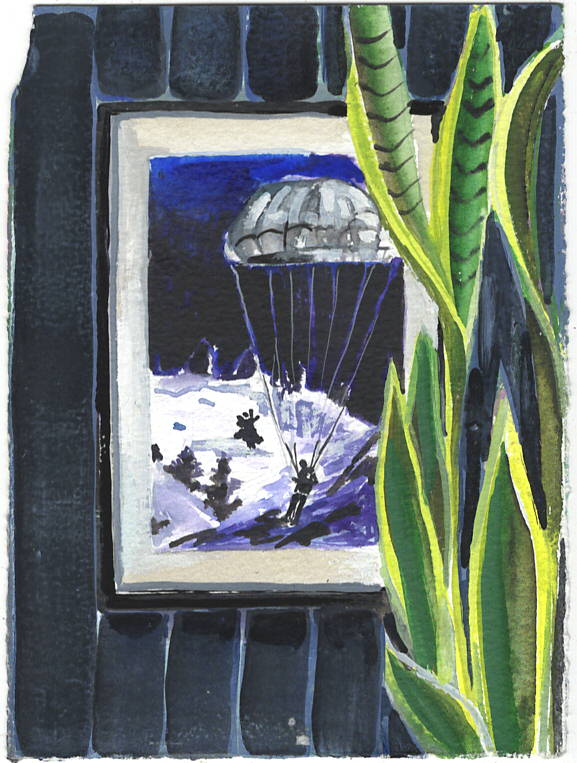 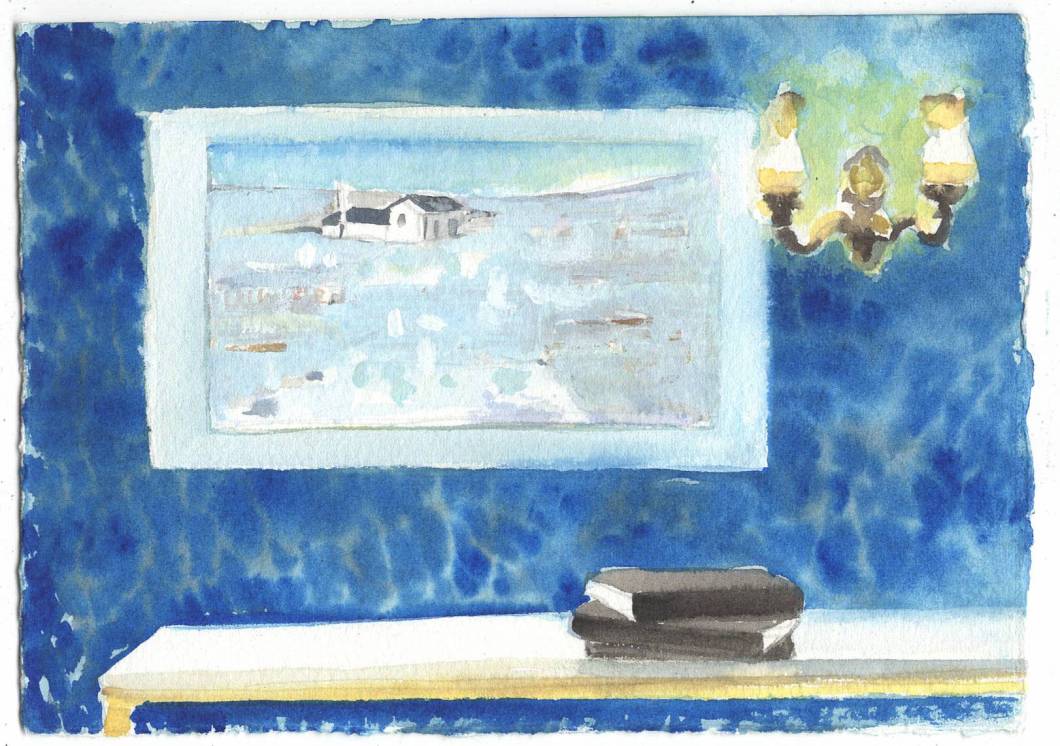